Mining information systems specialist Andrew Rouse is the founder and CEO of Digital Terrain, an IT mining services provider that improves the productivity and efficiency of underground mines through digitisation and IoT technologies. He is also an exponent for Emesent Hovermap, the LiDAR mapping payload that is helping mining companies safely scan inaccessible underground environments.

Here, Rouse explains how his team is using the technology to deliver better outcomes for clients around Australia.

When did Hovermap first appear on your radar?

I watched with interest when Emesent was spun out of the CSIRO Robotics and Autonomous Systems Group in 2018 and I began speaking with CEO Stefan Hrabar and his team shortly afterwards. Paperless data entry and virtualisation solutions are our “stock in trade” and it was not hard to see that Hovermap data could deliver a lot of value to our digital mine strategy.

Can you share some of the ways Hovermap can be put through its paces?

Stope void mapping is the most common one. It is an infinitely superior alternative, in terms of time, data quality and safety, to the CMS monitoring systems we have relied on in the past. Hovermap’s autonomous flight capability is a game-changer: we can now conduct beyond line-of-sight missions to scan production areas that are inaccessible to humans, such as stopes and 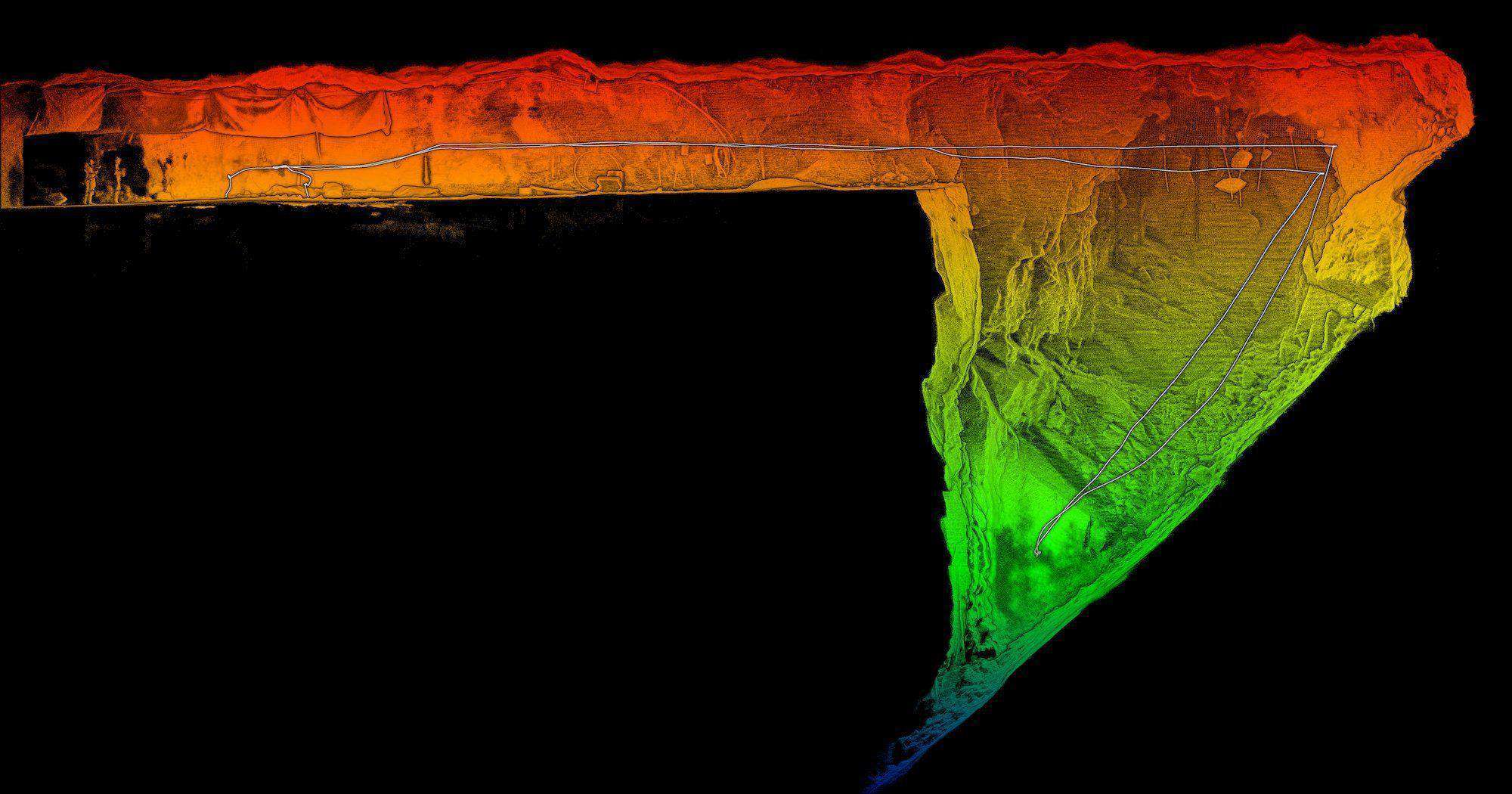 drawpoints. It can fly in to visualise a drawpoint bridge or hang-up.

Hovermap can also be used in place of a downhole camera to scan vertical shafts, either by flight or tether. Surveyors can deploy it to conduct stockpile surveys and carry out surface photogrammetry. And while drones tend to hog the headlines, a vehicle-mounted Hovermap can quickly pick up a development drive profile. You do not need to fly the drone if it is possible to map an area, like a new development heading, from supported ground. I was taught that you fly when necessary, the Hovermap system caters for all environments, whether on a drone or otherwise.

There are many applications, but they all have the same end goal and that is to give users – mine surveyors, planners and engineers – rapid access to rich visualisation data and an enhanced understanding of what is going on underground. That can have a material effect on mine productivity.

The remote nature of many mines can mean technology is only useful if it is able to be deployed by individuals working on site. How have you found Hovermap from a usability perspective?

Its ease of use and rapid data capture are really revolutionary. It does not require a dedicated operator; after a little training, anyone, like me, can use it to perform a walking or driven scan or fly a mission.

It is also extremely efficient. The system is tablet-based and it streams a 3D map to the operator, which allows you to see the environment in real-time. Someone conducting underground scans can have a detailed data set in the hands of engineers and surveyors on the surface in a matter of minutes. Faster problem solving and decision making can occur as a result.

Where do you see Hovermap sitting in the mining technology eco-system in a year or two’s time?

Covid will be the catalyst for a wave of digitisation across the sector, pushing new methods of underground data capture so that Hovermap is likely to become a standard piece of equipment on site. Big mines are already investing while mid-tier and small operations, which are not in the position to justify the capital outlay, will access the technology as a service from providers like Digital Terrain. We consume this information into our Simbio ecoSystem and are able to make pro-active decisions as a result of this.